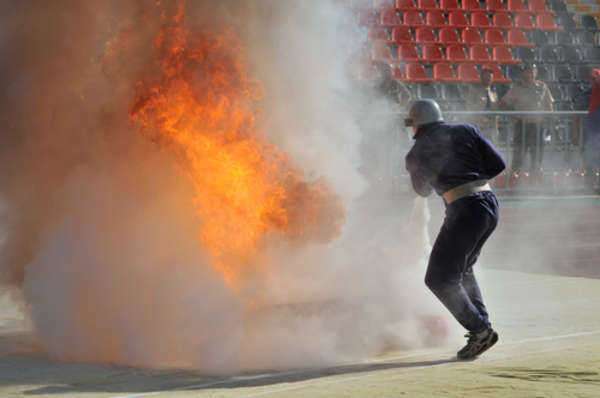 Are there Different Methods Used During a Fire Investigation

There are different methods depending on the type of fire (such as a wildfire or house fire), and fire marshals are trained to investigate these different types of fires.  There are also different requirements for a suspected arson or an accidental fire.

This article will outline steps used by the National Wildfire Coordinating Group in a fire investigation of a wildfire.

While you’re en route to the fire, you should make not of the color, size, direction, and any changes in the smoke column.  You should try and take license plate numbers and descriptions of vehicles you pass along the way as well.  Take note of any gates (lock or unlocked) to the area of the fire, and make sure no commercial activities like construction, logging, or blasting caused the fire.

While arriving to the area, make note of any campers or evidence of people gathering in the area such as piles of trash, fire circles, or soil disturbance.  Then, take the following steps:

·         if the fire is caused by human, contact a qualified investigator

Step 3 of the Fire Investigation

The final step of the fire investigation is to find the exact origin of the wildfire.  If the fire spread fast, look for boards or flat objects that were in the area of fire but only half charred.  These object man show an angle that points back to the point of origin.

The following principles are used to identify an area of origin as well:

·         fires burning with the wind or uphill usually burn in a “V” shape, and the origin of the fire will usually lie around the point of the “V”

·         look for signs of an advancing fire such as white ash, damage to the crowns of foliage, and a lack of grass stems

·         the “heel” of the fire will show less char, smaller amounts of white ash, an burn angle that is parallel with a slope, and grass stems that are unburned

Read This On How To Initiate A Court Records Search

Hearings At A Glance