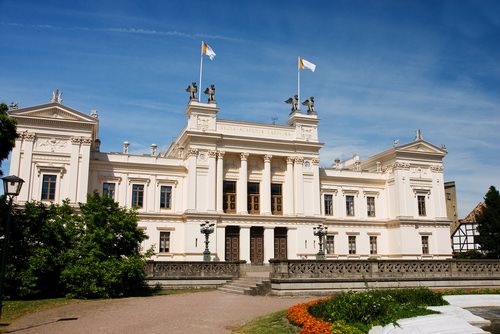 What is a County Court?

A county court is a legal venue that administers judgments and
handles legal matters on a county level. The county court system is utilized in
those nations, such as the United States of America, where counties are used as
administrative divisions. The jurisdictional authority of a county court will
vary widely. The specific powers awarded to a given county court will be
outlined in a variety of local statutes.

The county court, because of its localized setting and personal
nature, is typically referred to as the “people’s court.” This term is
typically attached to the county court system because the citizens who file the
complaints and initiate the legal proceedings can handle the prosecution or
defense themselves.

The need for a legal professional or litigant is not
mandatory and typically superfluous in the county court system. That being
said, more advanced court decisions within the county court can include Federal
or national courts as well as various State courts.

Types of Cases heard in a County Court:

A county court system can handle a variety of civil and criminal
matters. In some regions throughout the United States, the county court system
will primarily focus on minor issues, while the higher court systems will
handle issues such as felonies and major civil matters.

Some generic examples of cases that are handled by the county
court system will include traffic violations, juvenile matters, probate,
matters involved in the realm of family law, and if there is no separate
juvenile court system found in the underlying jurisdiction, a county court
system can handle cases involving youths.

In addition, a county court system
may also administer penalties and hear cases that involve violations of village
or city ordinances. As a result of these cases, it can be stated that the court
system of a particular jurisdiction will only hear those legal matters that
involve minor infractions or that necessitate a civil evaluation or
punishment.

The sessions administered in a county court are overseen by a
judge who is either elected or appointed depending on the law. Court judges
within the county court system need to be citizens of the countries in which
they work.

In addition, the judges in a county court may need to be qualified
lawyers. If a jury is required for a trial, a pool of jurors is taken from
citizens of the surrounding county.

A number of county courts will employ several judges at various
branches to streamline the administration process as well as the delivery of
verdicts. A county court and the attached judicial process will vary greatly
from State to State as well as jurisdiction to jurisdiction.

At all levels, however,
visitors of the county court system are required to adhere to the basic
standards of dress and behavior, regardless of their charge.

As stated before, the arrangement and administrative process of
the legal system will vary greatly from nation to nation. As a result, procedures
regarding the appeal process will vary depending on where the judgment is made.

In the United States, the court system can vary radically from State to State
and county to county. Although a State’s law may outline the rules for the
county court system, individual county systems may handle legal matters
differently, so long as the court system adheres to the spirit of the
Constitution and traditional jurisprudence.

Learn All About The United States District Court

Easy Guide to the CA Courts