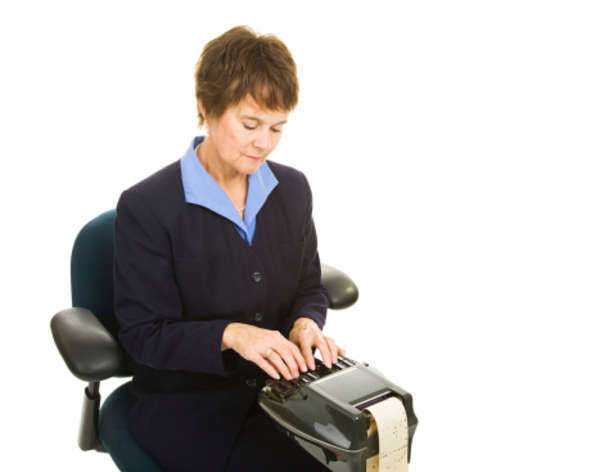 Court reporters use shorthanded typing machines or voice silences to produce official transcripts of court hearings, official proceedings, and depositions. To document speech in a court case a court reporter will utilize one of two resources/methods: either machine shorthand or voice writing.
Machine shorthand allows the court reporter to follow the flow of speech to ensure that all words are transcribed. In contrast, the voice writer will repeat verbatim what witnesses, attorneys, and other participants in the legal matter say. In the United States, the court reporter is often a notary public who is authorized to administers oaths and responsible for certifying the transcript of the proceedings as an official legal document and verbatim account of what was said during the trial.