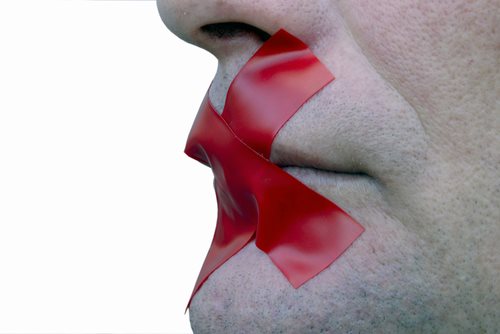 What is a Gag Order?

A gag order, also known as a suppression order, is a formal
directive which disallows individuals from discussing something publicly. Gag
orders are typically used in a legal context when a judge wants to keep a trial
as fair as possible by impeding the public from discussing intricacies
associated with the active trial or case.

The gag order, in this context, is
issued by the judge to avoid jurors and witnesses from being influenced by the
public’s opinion.

In addition to a judge or a legal context, a gag order can be
issued by private organizations, various institutions, or companies. A gag order
will be issued by such institutions to control the flow of information that is
directly aligned with a product, an employee within the particular business
model, or the general actions of the entity.

Gag Order in a Legal Trial

In the case of a legal trial, a gag order is always issued by a
judge. A gag order, when issued by a judge, may ban people involved in a case,
such as witnesses, lawyers and jurors from discussing the intricacies
associated with the case in a public forum. In addition, a gag order instituted
in a legal setting may ban the media from reporting information associated with
the case.

A gag order is typically utilized by a judge if he or she is
fearful that a case is sensational or outlandish that it will be difficult for
the defendant to receive a fair trial. Public discussions and the delivery of
information can, in many cases, sway the outcome of a legal case, especially if
a trial garners a great deal of public attention. When this occurs, a conflict
is inherently spawned that directly impedes the defendant from receiving a fair
trial. Such a conflict compromises the judicial values which state that
evidence should be evaluated and considered impartially.

Penalties associated with a Gag Order

If an individual under a gag order violates the restrictions
imposed by the order, they can be subject to legal penalties such as fines or
imprisonment. A gag order can be enforced through the delivery of numerous
techniques, such as jury sequestering, where members of the jury are kept in
private and secure locations for the duration of the trial. This specific
enforcement technique impedes the individual from influencing outside citizens.

When a gag order is issued by a private organization, the
issuing entity cannot compel the media to cease reporting information unless
the organization can demonstrate, in a legal forum, that the media’s reporting
is harmful to the underlying issue.

A gag order, when issued by a private
organization, can obligate employees and associated representatives to obey the
intricacies associated with the gag order as part of the terms of employment. A
common example of this gag order is present when people sign nondisclosure
agreements before working on the development of a secret or confidential
project.